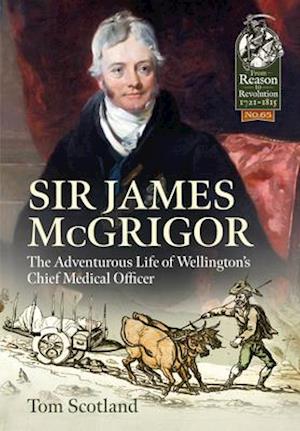 This biography celebrates the 250th anniversary of the birth of Sir James McGrigor, widely regarded as the father of British Army Medical Services, and explains why he rose to great prominece during the French Revolutionary and Napoleonic Wars. McGrigor had a great interest in the medical profession and was a man of integrity, courage, and initiative who loved the Army. He devoted his life to improving medical care of individual soldiers, whether privates or junior officers, and achieved this by personal example and firm leadership. He had the support, loyalty and affection of all his subordinates and the respect and cooperation of senior military commanders. The Duke of Wellington had complete confidence in McGrigor`s ability, and regarded him as the most loyal of public servants. McGrigor had great powers of observation and throughout his long career kept accurate records, partly to advance his own professional knowledge and skill and partly to gain a better understanding of the many diseases which were responsible for nearly four times as many soldiers` deaths than wounds. Throughout his career, and especially when he became Director General of Army Medical Services in 1815, McGrigor ensured that every medical officer received an education and training second to none, enabling him to deliver the best possible medical care to his charges. Measures introduced and employed by McGrigor are as applicable today as they were more than two hundred years ago. This is the story of his remarkable life, which was truly a great adventure.

Forfattere
Bibliotekernes beskrivelse James McGrigor championed the common soldier and transformed medical care in the British Army through personal commitment and by revolutionising the training of medical officers.