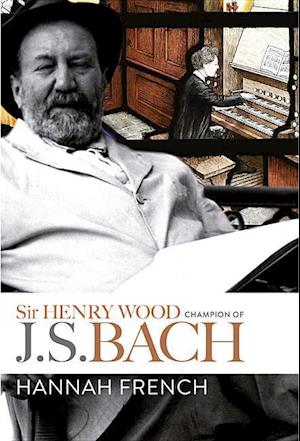 Sir Henry J. Wood (1869-1944), co-founder and chief conductor of the Proms for nearly half a century, is often noted for his championing of the leading composers of the day, including Richard Strauss, Debussy, Rachmaninoff, Ravel, Sibelius, and Vaughan Williams. Less known is the part Wood played in advocating and performing the music of J.S. Bach, much of which, incredibly, was unknown in England at the turn of the twentieth century. This book uncovers Wood's pivotal role in the English Bach revival. Wood's performances of works such as the St Matthew Passion and B Minor Mass caused a stir; the Brandenburg Concertos and Orchestral Suites became staple fixtures in the musical calendar; and his orchestral arrangements of Bach's solo works and cantata arias were key to the popularisation of the composer in England. Largely untouched, the hundreds of Bach scores individually marked up by Wood, now preserved in his archive at the Royal Academy of Music, London, reveal the minutiae of his thoughts on performance and offer a fascinating parallel to his available recordings from the period. Illuminating a significant new aspect of the musical life of England before World War II, the book also demonstrates that Wood's advocacy continues to influence perceptions of Bach even today. DR HANNAH FRENCH is an academic, broadcaster, and Baroque flautist based in London. She broadcasts regularly on Radio 3 and has appeared as a TV presenter and commentator for the BBC Proms.

Forfattere
Bibliotekernes beskrivelse Sir Henry J. Wood (1869-1944), co-founder and chief conductor of the Proms, is often noted for his championing of the leading composers of the day, including Richard Strauss, Debussy, Rachmaninov, Ravel and Vaughan Williams. He also played pivotal role in advocating and performing the music of J.S. Bach.