indgår i serie Elements in Publishing and Book Culture 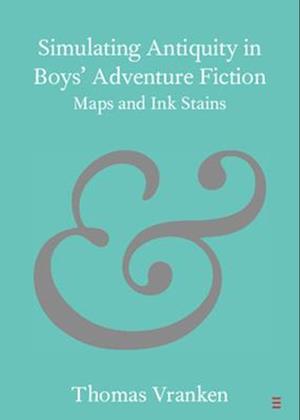 A genre that glorifies brutish masculinity and late Victorian imperialism, boys' 'lost world' adventure fiction has traditionally been studied for its politically problematic content. While attuned to these concerns, this Element approaches the genre from a different angle, viewing adventure fiction as not just a catalogue of texts but a corpus of books. Examining early editions of Treasure Island, King Solomon's Mines, and The Lost World, the Element argues that fin-de-siecle adventure fiction sought to resist the nineteenth-century industrialisation of book production from within. As the Element points out, the genre is filled with nostalgic simulations of material anachronisms - 'facsimiles' of fictional pre-modern paper, printing, and handwriting that re-humanise the otherwise alienating landscape of the modern book and modern literary production. The Element ends by exploring a subversive revival of lost world adventure fiction that emerged in response to ebooks at the beginning of the twenty-first century.