- A Computer Model of National Decision-Making 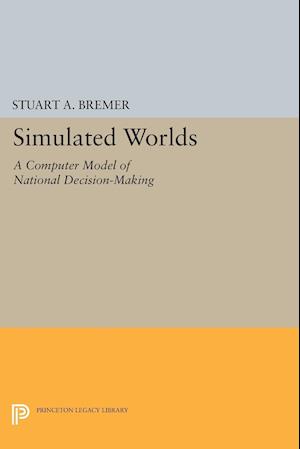 This book evaluates the Simulated International Processer (SIPER) model of the international political system, which was derived from the Inter-Nation Simulation model created at Northwestern University. Stuart Bremer makes a significant advance by programming all aspects of the basic theory so that it more completely and accurately reflects the complexity of international relations in the real world. After describing the SIPER model, the author sets forth the values of the variables and parameters used for the twenty-four runs, including those that remained the same throughout and those that were varied. He then undertakes to validate the model by determining the extent to which the simulated nations behave like real world nations and simulated international systems like real international systems. In conclusion, he assesses the model's strengths and weaknesses and points to possible future improvements. Originally published in 1977. The Princeton Legacy Library uses the latest print-on-demand technology to again make available previously out-of-print books from the distinguished backlist of Princeton University Press.These editions preserve the original texts of these important books while presenting them in durable paperback and hardcover editions. The goal of the Princeton Legacy Library is to vastly increase access to the rich scholarly heritage found in the thousands of books published by Princeton University Press since its founding in 1905.