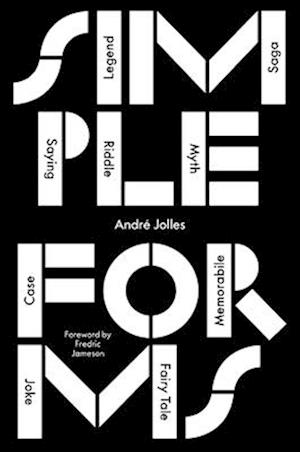 Legend, saga, myth, riddle, proverb, case, anecdote, fairy tale, joke: Andre Jolles understands each of these nine "simple forms" as the reflection in language of a distinct mode of human engagement with the world and thus as a basic structuring principle of literary narrative. Long recognized as a classic of genre theory, Simple Forms, first published in 1929, has been called a significant precursor to structuralist and narratological approaches to literature. Like Vladimir Propp's Morphology of the Folktale, with which it is often compared, Jolles's work is not only foundational for the later development of genre theory but of continuing relevance today. A major influence on literary genre studies since its publication, Simple Forms is now available for the first time in English.