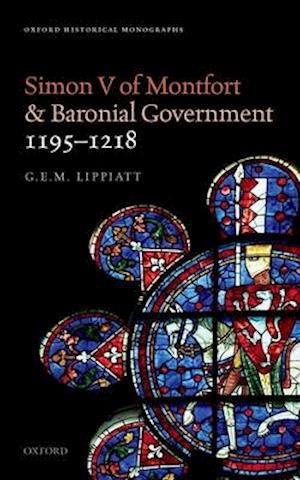 Dissenter from the Fourth Crusade, disseised earl of Leicester, leader of the Albigensian Crusade, prince of southern France: Simon of Montfort led a remarkable career of ascent from mid-level French baron to semi-independent count before his violent death before the walls of Toulouse in 1218. Through the vehicle of the crusade, Simon cultivated autonomous power in the liminal space between competing royal lordships in southern France in order to build his ownprincipality. This first English biographical study of his life examines the ways in which Simon succeeded and failed in developing this independence in France, England, the Midi, and on campaign to Jerusalem. Simon's familial, social, and intellectual connexions shaped his conceptions of political order,which he then implemented in his conquests. By analysing contemporary narrative, scholastic, and documentary evidence-including a wealth of archival material-this volume argues that Simon's career demonstrates the vitality of baronial independence in the High Middle Ages, despite the emergence of centralised royal bureaucracies. More importantly, Simon's experience shows that barons themselves adopted methods of government that reflected a concern for accountability, public order, andcontemporary reform ideals. This study therefore marks an important entry in the debate about baronial responsibility in medieval political development, as well as providing the most complete modern account of the life of this important but oft-overlooked crusader.

Forfattere
Bibliotekernes beskrivelse The first biographical study in English of an important French baron and crusader, Simon of Montfort, who began his career as a mid-level baron in northern France, but cultivated independent political power and achieved the position of count of Toulouse following his conquests as leader of the Albigensian Crusade. 16 black and white figures/illustrations