Simon Thorn and the Shark's Cave 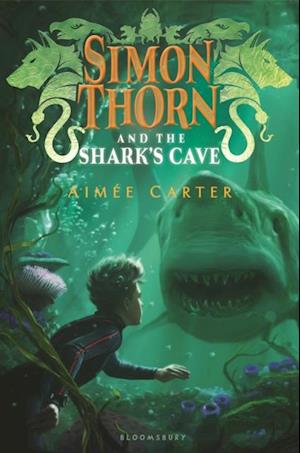 'Simon Thorn is a hero worthy of a young Harry Potter, and readers are bound to be delighted.' --Booklist on Simon Thorn and the Wolf's DenFor fans of Rick Riordan and Spirit Animals, this thrilling follow-up to Simon Thorn and the Viper's Pit continues the adventures of a boy who can shapeshift into an animal.Simon Thorn has only recently discovered that he's an Animalgam, a member of a secret race of people who can shift into animals, and found a home where he truly belongs. But not everything is as good as it seems. Simon's evil grandfather, Orion, is bent on taking over the entire animal kingdom, and to do so, he'll need to gather the pieces of a terrible weapon--one that could shred the very foundations of the Animalgams' world. . . unless Simon can gather the pieces first. So when Simon's dolphin Animalgam friend Jam is summoned home to the underwater kingdom's headquarters, Avalon, Simon sees it as an opportunity to secure another piece. But as soon as he and his friends arrive in Avalon, their search is complicated by Jam's strict family--and a potential traitor. Can they locate the piece before it falls into Orion's hands and puts the entire underwater kingdom at risk?With plenty of action and adventure and characters full of heart, this story is perfect for fans of Rick Riordan and the Spirit Animals series.Don't miss the other books in the Simon Thorn series:Simon Thorn and the Wolf's DenSimon Thorn and the Viper's PitSimon Thorn and the Shark's Cave