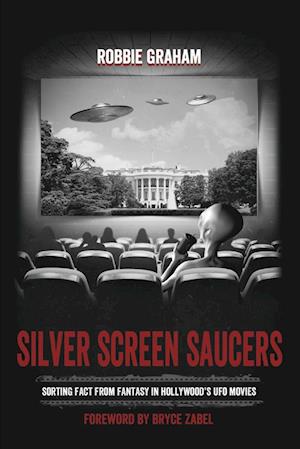 More so than any other medium, cinema has shaped our expectations of potential alien life and visitation. From The Day the Earth Stood Still and Close Encounters of the Third Kind, to Battleship, Prometheus and beyond, our hopes and fears of alien contact have been fuelled by the silver screen. But what messages does Hollywood impart to us about our possible otherworldly neighbours, from where do UFO movies draw their inspiration, and what other factors - cultural or conspiratorial - might influence their production and content? Silver Screen Saucers is a timely and revealing examination of the interplay between Hollywood's UFO movies and the UFO phenomenon itself, from 1950 to present day. The book grants the reader a rare, close-up examination of the DNA that builds our perceptions of the UFO mystery: one strand of this DNA weaves real events, stories and people from the historical record of UFOlogy, while the other spins and twists with the film and TV products they have inspired. With our alien dreams and nightmares now more fully visualized onscreen than ever before, Silver Screen Saucers asks the question: what does it all mean? Are all UFO stories just fever dreams from LA screenwriters, or are they based in something else? Could any of them be real and are they part of a bigger message? From interviews with screenwriters and directors whose visions have been shaped by their lifelong UFO obsessions; to Presidents Carter and Reagan talking aliens with Spielberg at the White House; to CIA and Pentagon manipulation of UFO-themed productions; to movie stars and producers being stalked by real Men in Black, Silver Screen Saucers provides fresh perspective on the frequently debated but little understood subject of UFOs & Hollywood. The book addresses questions such as: •Does Hollywood fuel the UFO mythos, or vice versa? In other words, are our beliefs about alien visitation shaped by UFO movies, or are UFO movies shaped by our beliefs about alien visitation? •Do Hollywood's UFO movies fictionalize the UFO phenomenon in the public mind, actualize it, or both? •If and when humanity makes full and open contact with an unearthly intelligence, would we, as cinemagoers, be able to divorce Hollywood's historical imaginings from the reality with which we are presented? Indeed... •Should we? After all, a great deal of Hollywood's UFO movie content has been closely informed by supposedly factual UFOlogical literature, events and debates. Perhaps, then, there is more truth to be found in Hollywood's UFO movies than we might imagine - which raises the question: •Just how has so much dense UFOlogical theory (by its very nature 'fringe' and subcultural) managed find its way into Hollywood's populist science fiction narratives? Is Hollywood's incorporation of UFO lore attributable to a "Hollywood UFO conspiracy" designed to acclimate us to a UFO/alien reality, or is it merely the result of a natural cultural process? Silver Screen Saucers is bursting with ideas and information that will excite and intrigue any reader with a passing or serious interest in UFOs and/or science-fiction cinema.