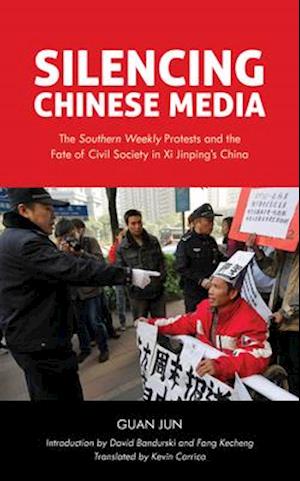 Chinese media in the reform era walk a fine line between commercialized diversification and Party-state control. Nowhere have these two trends been in more open conflict than at Southern Weekly (Nanfang Zhoumo), a bestselling Guangzhou-based newspaper known for reliably pushing the envelope on media controls. This gripping insider's account highlights the fiery internal debates and public protests at the paper at the beginning of Xi Jinping's reign. In early 2013, disagreements with censors over draconian cuts to the paper's New Year's edition grew into a lengthy internal discussion about how to push back against the Party's ever-tightening constraints. At the same time, a parallel movement emerged among activists protesting outside the paper's Guangzhou's headquarters to publicly show their opposition to Party control over the media. Nothing, however, changed, as Party-state controls remained firmly in place. Guan Jun offers thoughtful reflections on the tensions inherent within the Chinese government's program of "reform and opening," in the new era of tightening authoritarianism under Xi Jinping. The End of Chinese Media, as a first-person account of a seminal cultural and political moment early in, provides an ominous warning on the path ahead for Chinese media and civil society.