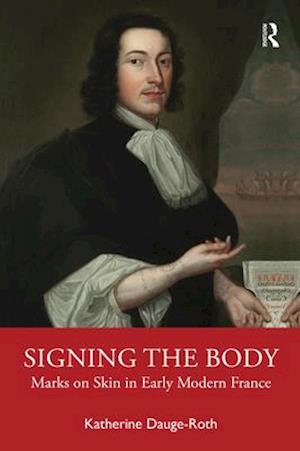 The first major scholarly investigation into the rich history of the marked body in the early modern period, this interdisciplinary study examines multiple forms, uses, and meanings of corporeal inscription and impression in France and the French Atlantic from the late sixteenth through early eighteenth centuries. Placing into dialogue a broad range of textual and visual sources drawn from areas as diverse as demonology, jurisprudence, mysticism, medicine, pilgrimage, commerce, travel, and colonial conquest that have formerly been examined largely in isolation, Katherine Dauge-Roth demonstrates that emerging theories and practices of signing the body must be understood in relationship to each other and to the development of other material marking practices that rose to prominence in the early modern period. While each chapter brings to light the particular histories and meanings of a distinct set of cutaneous marks-devil's marks on witches, demon's marks upon the possessed, devotional wounds, Amerindian and Holy Land pilgrim tattoos, and criminal brands-each also reveals connections between these various types of stigmata, links that were obvious to the early modern thinkers who theorized and deployed them. Moreover, the five chapters bring to the fore ways in which corporeal marking of all kinds interacted dynamically with practices of writing on, imprinting, and engraving paper, parchment, fabric, and metal that flourished in the period, together signaling important changes taking place in early modern society. Examining the marked body as a material object replete with varied meanings and uses, Signing the Body: Marks on Skin in Early Modern France shows how the skin itself became the register of the profound cultural and social transformations that characterized this era.