Side Effects of Drugs Annual 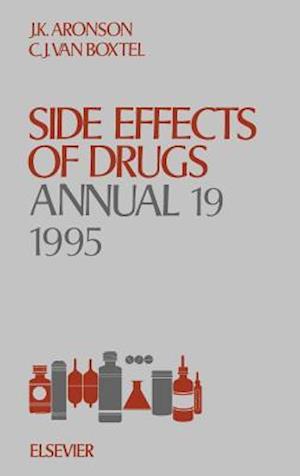 It has been said more than once in psychology that one person's effect is another person's error term. By minimising and occasionally ignoring individual and group variability cognitive psychology has yieled many fine achievements. However, when investigators are working with special populations, the subjects, and the unique nature of the sample, come into focus and become the goal in itself. For developmental psychologists, gerontologists and psychopathologists, research progresses with an eye on their target populations of study. Yet every good study in any of these domains inevitably has another dimension. Whenever a study is designed to turn a spotlight on a special population, the light is also shed on the mainstream from which the target deviates.This book examines what we can learn about general and universal phenomena in cognition and its brain substrates from examining the odd, the rare, the transient, the exceptional and the abnormal.The very latest information on adverse drug effects from the international literature, compiled by an international team of experts.New reports are presented of adverse drug effects, critically analysed in context, in terms of clinical relevance and importance, and cross-referring to previous reports where necessary. New adverse effects are reported and evaluated, and previously reported adverse effects are re-evaluated in the light of the most recent information.Unique features:Reviews in which selected adverse effects are discussed in depth.Two separate indexes enhance the use of the book, allowing the reader to access information by drug name or by, adverse effects.