Shutting down the Cold War

- The Politics of Military Base Closure 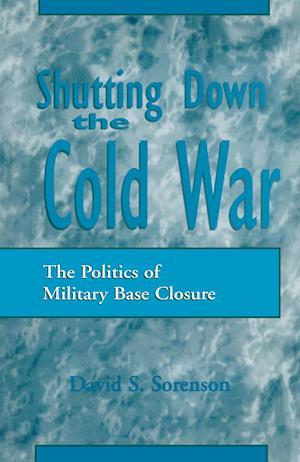 In a process described by its critics as 'brutal' and 'heartless,' a group of faceless commissioners closed down almost 100 military bases between 1989 and 1995. The process was hailed as a means to 'take politics out of base closure,' and it succeeded insofar as surplus bases closed after a ten-year hiatus. But, as this book indicates, the politics of base protection continued. In Shutting Down the Cold War , David Sorenson finds that the most powerful congressional representatives protected bases in their states and districts, and as a consequence the military never got as many bases closed as they desired. In this volume Sorenson unveils the political factors behind the process of military base closure, using three analytical models to examine the different levels of response to the procedure. He also reveals the ways in which base closure is a classic example of governmental reduction, to be studied for lessons about both the benefits and the hazards of government contraction.