Showing Off: Fifty Years of London Store Publicity and Display 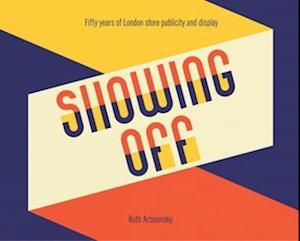 Showing Off catalogues a fifty year history of some of London's most splendid and iconic stores; illustrating the formula for successful survival in a competetive and rapidly changing marketplace. These stores have used the architecture and design of the buildings as their trademark, created magical and 'magnetic' window displays, devised clever publicity 'stunts' and popular 'events', and produced wonderfully illustrated catalogues and posters that have become unique works of art. The collection focuses particularly on the use of window display, a neglected area of design history, featuring some of the major in-store designers such as Eric Lucking at Liberty's, Edward Goldsman at Selfridges, Edward Grieve at Harrods, and Natasha Kroll at Simpson's. It additionally acknowledges the contribution of some of the major manufacturers of displays who supplied the stores, such as Leon Goodman and the creative display consultants, who influenced through their originality of design, such as Martha Harris' stylish and colourful posters.