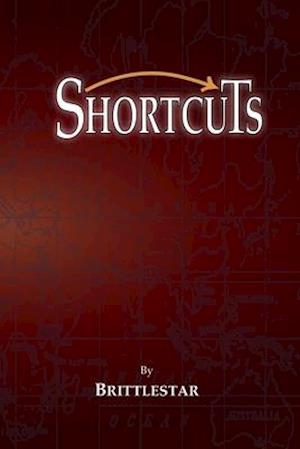 "Powered by equal parts mystery, magic and humour, SHORTCUTS is fantasy grounded in emotional reality. It surprises and transports the way all effective entertainments should."-- Andrew Pyper, author of The Demonologist, The Killing Circle and The GuardiansSimon Trekker has been raised by his aunt and uncle as his parents went on a trip when he was a baby and never returned. While walking to his first day of middle school, Simon starts to notice various messages written on street signs and graffiti telling him to follow them. He does and finds out that there are shortcuts to anywhere in the world and only he seems to know about them. "It's like folding a map" he says, "Two places that were on either side of the map are now side by side".Simon finds out that he, like his parents before him, is part of a very small group of people who know about the shortcuts. He takes his friends to various places using his newly discovered shortcuts but when he starts showing up in various photos online taken by people from all over the world, the government and some others take notice and they want to know his secret.