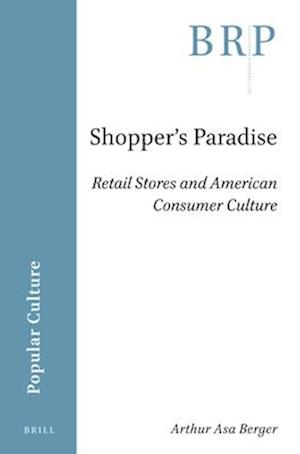 Shopper's Paradise: Retail Stores and American Consumer Culture deals with the cultural, social and economic impact of different kinds of retail stores on American society. It has sections on some of the most important retail genres, such as Internet stores (Amazon.com), department stores (Neiman Marcus), coffee shops (Starbucks), big-box stores (Walmart, Costco) and a number of other kinds of stores such as dollar stores, malls, and farmers markets. It also has a discussion of consumer cultures. The subtext in the publication is the notion that shopping is connected with a desire to return to paradise, from which we were excluded due to Adam and Eve's behavior in the Garden of Eden. Thus, the term "paradise" has two meanings. It is written in an accessible style and makes use of material from a variety of journalists and scholars who write about the retail industry and consumer cultures.