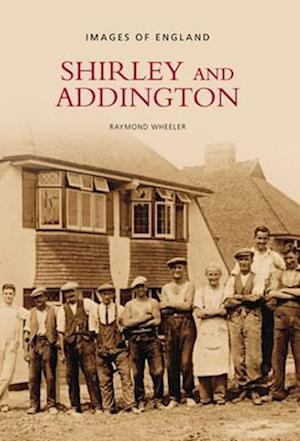 Shirley and Addington, in the London Borough of Croydon, are neighbouring villages that have experienced contrasting fortunes over the years. Both are rich in history, but while Addington still displays evidence of its medieval origins, the housing suburb that Shirley has become bears little resemblance to the country village it once was. This new selection of rare archive images, which also encompasses nearby New Addington and Coombe, documents life in these communities over more than a century, recalling the people and places central to the history of the area and revealing a part of England that remains green and picturesque, despite its proximity to London.This fascinating compilation of around 200 photographs, mainly selected from the collections held by Croydon Local Studies Library and of local historian John Gent, will provide an insight into the life of the district from the early years of photography in the mid-nineteenth century up to the last years of the twentieth century. Each view is accompanied by an informative caption rich in historical and social detail. It will doubtless appeal to those who have an interest in the social history of the past hundred years as well as providing a nostalgic glimpse into the past and a picture of a way of life now vanished.

Forfattere
Bibliotekernes beskrivelse Shirley and Addington, in the London Borough of Croydon, are neighbouring villages that have experienced contrasting fortunes over the years.