Sherlock Holmes: The Complete Novels and Stories, Volume I 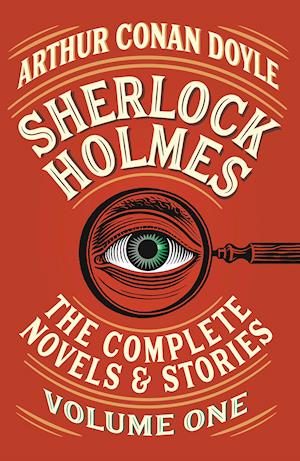 The only complete Sherlock Holmes collection in trade paperback: all fifty-six short stories and four novels featuring the world-famous detective (in two volumes). Volume I includes three of the four Sherlock Holmes novels: A Study in Scarlet, which introduced the eccentric genius and his sidekick Dr. Watson to the world; The Sign of Four, the quintessential locked-room mystery; and The Hound of the Baskervilles, a haunting tale that has rightly earned its reputation as the finest murder mystery ever written. The short stories include "A Scandal in Bohemia," "The Red-Headed League," "The Adventure of the Speckled Band," and "The Final Problem," tales that bring to life the horse-drawn cabs and atmospheric fogs of Victorian England and the famous lodgings at 221B Baker Street where Holmes made his name as the greatest fictional detective of all time.