- Performance and Cultural Memory in the Post-Napoleonic Era 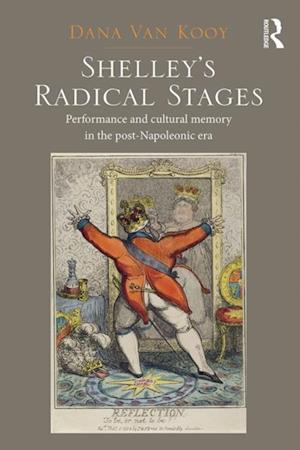 Dana Van Kooy draws critical attention to Percy Bysshe Shelley as a dramatist and argues that his dramas represent a critical paradigm of romanticism in which history is 'staged'. Reading Shelley's dramas as a series of radical stages - historical reenactments and theatrical reproductions - Van Kooy highlights the cultural significance of the drama and the theatre in shaping and contesting constructions of both the sovereign nation and the global empire in the post-Napoleonic era. This book is about the power of performance to challenge and reformulate cultural memories that were locked in historical narratives and in Britain's theatrical repertoire. It examines each of Shelley's dramas as a specific radical stage that reformulates the familiar cultural performances of war, revolution, slavery and domestic tyranny. Shelley's plays invite audiences to step away from these horrors and to imagine their lives as something other than a tragedy or a melodrama where characters are entrapped in cycles of violence or struck blind or silent by fear. Although Shelley's dramas are few in number they engage a larger cultural project of aesthetic and political reform that constituted a groundswell of activism that took place during the Romantic period.