Shattering Myths on Immigration and Emigration in Costa Rica 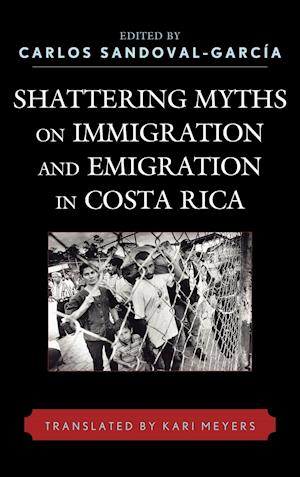 Shattering Myths on Immigration and Emigration in Costa Rica provides the first comprehensive examination of transnational migration patterns into and out of Costa Rica. This impressive edited volume brings together the work of 18 top scholars from diverse social science backgrounds to analyze Costa Rican migration patterns in the era of globalization. The first section focuses on immigration in Costa Rican history, including chapters on Nicaraguan, North American and European immigration to the country as well a chapter on transnational migration within Central America. The second part centers on the social and political status of Nicaraguans in Costa Rica that make up a sizable portion of the working-class similar to Mexican immigrants in the southwestern United States. The third section of the book analyzes outmigration of Costa Ricans with chapters on the role of international remittances sent back to Costa Rica (a major source of income in contemporary Latin America) and particular migration patterns of Costa Ricans living in the northeastern United States. The fourth part of the collection examines the timely topic of gender and cross-border migration with emphases on women in the actual migration transit process and the vulnerability of immigrant women in different industries including agriculture and sex tourism. The concluding chapters emphasize the social and symbolic images of immigrants to Costa Rica including the construction of in-group and out-group identities, the use of symbolic violence and racism against immigrants. This volume was originally published in Costa Rica in 2007 and reprinted in 2008 by the University of Costa Rica Press.