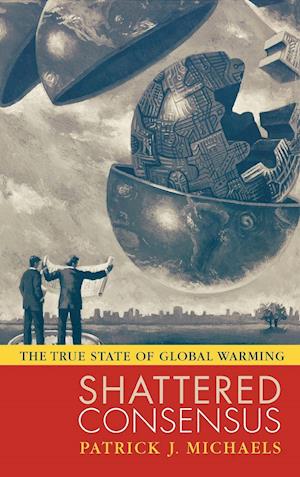 Shattered Consensus: The True State of Global Warming should be required reading for any serious student of the issue of climate change. Edited and introduced by iconoclastic climatologist Patrick J. Michaels, Shattered Consensus demonstrates the remarkable disparities between so-called consensus documents on global warming, such as the reports of the United Nations' Intergovernmental Panel on Climate Change, and climate reality. Shattered Consensus consists of nine expert essays on global warming, covering the earth's temperature history and disparities between what has been predicted about climate change and what has actually been observed. The reader will discover substantial disconnections and new information not generally discussed in mainstream reports about climate science. For example, the oft-quoted statement that recent years are the warmest of the last millennium is now in serious doubt. Temperature changes observed through the atmosphere (not just at the surface) are clearly different than what has been projected to occur. Disparities between observed precipitation and the simulations of computer models can be several hundred percent. Shattered Consensus will surely shatter commonly-held opinions about global warming and leave the reader with serious questions about whether or not policies to "fight" climate change are warranted at all.