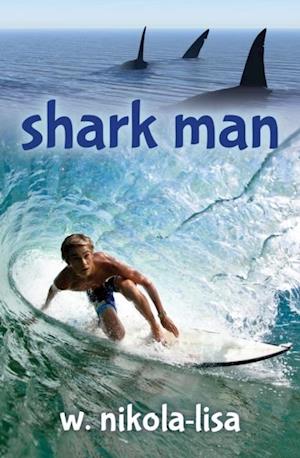 Fleeing a mean stepfather in south Texas, Billy-Boy arrives in Florida with his mother and two sisters at the beginning of summer. Billy-Boy quickly befriends a local boy, Tim, and all is well until it becomes clear they both like the same girl, Mae Beth, the daughter of the local surf shop owner. Billy-Boy has to learn how to navigate new terrain, while struggling to overcome feelings about his stepfather. He is helped by the insights of an older teenager, known locally as ';Shark Man,' and Sonny, Mae Beth's father, who help him understand both the mysteries of the ocean and his inner self. In this piece of middle grade fiction, Shark Man picks up where the author leaves off in Dragonfly, the authors memoir of growing up in Texas. Rather than continue this segment of his life as a memoir however, Mr. Nikola-Lisa casts his experience as a novel, condensing almost ten years of living in south Florida as a teenager into one summer.