Shariah and the Halal Industry 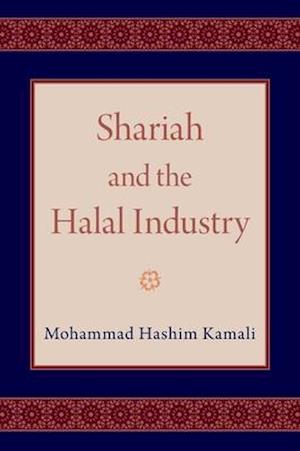 The rapid expansion of the halal industry and its markets has occurred not only in the heavily Islamic regions of Southeast Asia and the Middle East, but also in more unexpected countries such as Turkey, Japan, and South Korea, plus many others around the world. Yet despite both the increasing number of practicing Muslims and the demand for halal products worldwide, a base of scholarship on the subject has never emerged. The industry has been more market drivenrather than knowledge driven. As such, industry operators have frequently drawn attention to the absence of such an authoritative text, one that would elucidate the shariah credibly of halal as well as its market presence.Mohammad Hashim Kamali's Shariah and the Halal Industry is designed to fill this gap. The first of its kind in the English language, the book is written in an accessible and reader-friendly style by a world-renowned authority on Islamic law and jurisprudence. The book serves as a reference on the shariah foundations of halal and meets the needs not only of industry operators and decision-makers, but also of students, scholars of Islam, and the many practicing Muslims who are customersof the halal industry across the globe. The book can also serve to educate the general public and non-specialist readers on Islam and shariah law at-large.