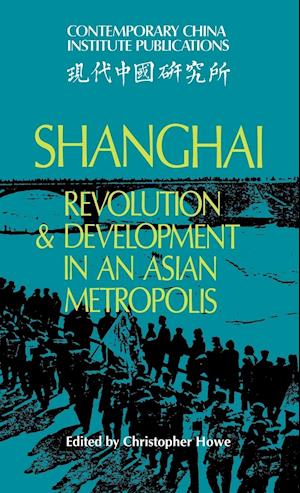 Shanghai is Asia's largest city and for over a hundred years has played a critical role both in China's internal political arid economic affairs, and in the history of international relations in the Far East. Before 1949, Shanghai was the principal point of western and, later, Japanese penetrations of China. Under foreign control the city saw the beginnings of modern economic growth, of new forms of westernized education and culture, and of fierce social and political conflicts. This book is a comprehensive study of the way in which old Shanghai was transformed and developed by the Communist Party between 1949 and the later 1970s. It throws light on the paradox that a city that for years was the object of hostility and distrust has become in the Post-Mao era the spearhead of China's new programme for economic and technological modernization. The book is divided into sections dealing with political, economic and cultural change, and with the special characteristics of Shanghai's rural suburbia.