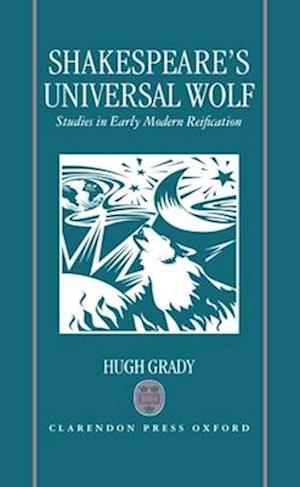 Shakespeare was neither a Royalist defender of order and hierarchy nor a consistently radical champion of social equality, but rather simultaneously radical and conservative as a critic of emerging forms of modernity. Hugh Grady argues that Shakespeare's social criticism in fact often parallels that of critics of modernity from our own Postmodernist era, that the broad analysis of modernity produced by Marx, Horkheimer and Adorno, Foucault, and others can serve as aproductive enabling representation and critique of the emerging modernity represented by the image in Troilus and Cressida of `an universal wolf' of appetite, power, and will. The readings of Troilus and Cressida, Othello, King Lear, and As You Like It in Shakespeare's Universal Wolf demonstrateShakespeare's keen interest in what twentieth-century theory has called `reification' - a term which designates social systems created by human societies but which confronts those societies as operating beyond human control, according to an autonomous `systems' logic - in nascent mercantile capitalism, in power-oriented Machiavellian politics, and in the scientistic, value-free rationality which Horkheimer and Adorno call `instrumental reason'.