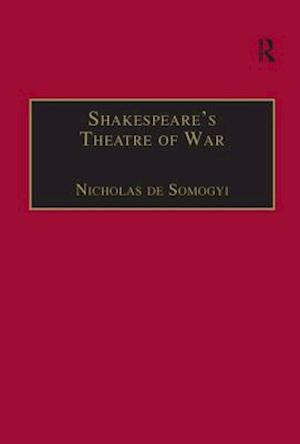 The period between 1585 (when Elizabeth formally committed her military support to the Dutch wars against Spain) and 1604 (when James at last brought it to an end) was one in which English life was preoccupied by the menace and actuality of war. The same period spans English drama's coming of age, from Tamburlaine to Hamlet. In this thought-provoking book, Nick de Somogyi draws on a wide range of contemporary military literature (news-letters and war-treatises, maps and manuals), to demonstrate how deeply wartime experience influenced the production and reception of Elizabethan theatre. In a series of vivid parallels, the roles of soldier and actor, the setting of battlefield and stage, and the context of playhouse and muster are shown to have been rooted in the common experience of war. The local armoury served as a props department; the stage as a military lecture-hall. News from the front line has always been shrouded in the fog of war. Shakespeare's Rumour is here seen as kindred to such equally dubious messengers as his Armado, Falstaff or Pistol; soldiers have always told tall tales, military ghost-stories that are here shown to have seeped into such narratives as The Spanish Tragedy and Henry V. This book concludes with a sustained account of Hamlet, a play which both dramatises the Elizabethan context of war-fever, and embodies in its three variant texts the war and peace that shaped its production. By affording scrutiny to each of its title's components, Shakespeare's Theatre of War provides a compelling argument for reassessing the drama of Shakespeare and his contemporaries within the enduring context of the military culture and wartime experience of his age.

Forfattere
Bibliotekernes beskrivelse Between 1585 and 1604, English life was preoccupied with war, and this period also marks English drama's coming of age. Here, the author draws on a range of contemporary military literature (newsletters, war treatises, maps, manuals) to show how deeply Elizabethan theatre was influenced by wartime.