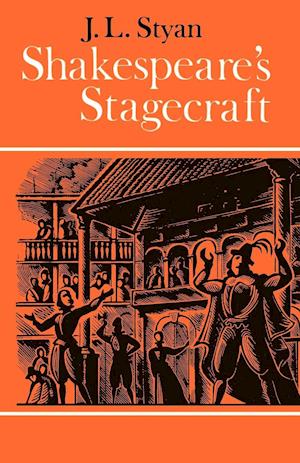 For many years, critics and students of Shakespeare have tended to stress that his plays are poetic structures embodying 'themes', and these structures have been analysed in great detail. Professor Styan advocates another approach. The plays were written for acting, in a theatre of a particular type. If we ask what effects this kind of theatre encouraged and how Shakespeare exploited them, the plays are seen as a sequence of stage-effects, planned with great art so as to enrich, reinforce and modify each other. Professor Styan begins with the known facts about the Elizabethan theatre, stressing the effect of the size of the apron stage, and the degree in which the spectators situated all around are involved in the action. It was a theatre of movement and grouping, and above all speech. Shakespeare's verse is full of suggestions about how it is to be delivered; it is, in Professor Styan's word, 'gestic'. Professor Styan shows in very many examples, quoting the text and examining its dramatic implications, what the words suggest about movement over the stage, about the relationship between groups of players on the stage, and about the delivery and dramatic effect of the words themselves. Thus we build up a new sense of the whole play. This is a convenient and comprehensive introduction to the study of Shakespeare's dramatic craftsmanship, which also reopens that direction of enquiry which Granville-Barker first explored.