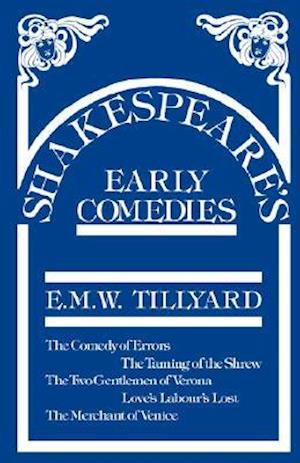 This is a perceptive and illuminating account of the background to, and range of, Shakespeare's comedy, fosucing principally upon the early plays. First published in 1965, it is written with Dr Tillyard's usual ranging curiosity, independence and brisk incisiveness. Dr Tillyard is primarily concerned with interpretation of character, and with Shakespeare's instinct in comedy to stay close to ordinary life. He examines the subtle characterisation of the two sisters in The Comedy of Errors; the importance of the Bianca theme in The Taming of the Shrew; the uneasy balance of love and friendship in The Two Gentlemen of Verona; the way in which Love's Labour's Lost mocks at male adolescence; and Shylock's spiritual stupidity in The Merchant of Venice. E.M.W. Tillyard (sometime Master of Jesus College, Cambridge) is remowned for his many works on Shakespeare and Milton.