Shakespeare in the Theatre: Yukio Ninagawa

indgår i serie Shakespeare in the Theatre 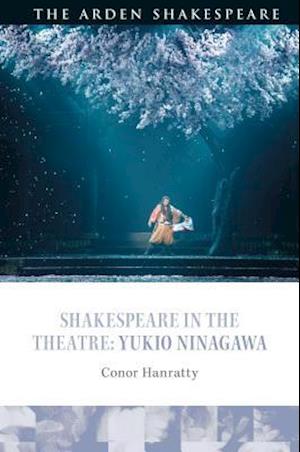 Yukio Ninagawa (1935-2016) was Japan's foremost director of Shakespeare whose productions were acclaimed around the world. His work was lauded for its spectacular imagery, its inventive use of Japanese iconography and its striking fusion of Eastern and Western theatre traditions.Over a career spanning six decades, Ninagawa directed 31 of Shakespeare's plays, many of them, including Hamlet, on multiple occasions. His productions of Macbeth, The Tempest, Pericles, Twelfth Night and Cymbeline became seminal events in world Shakespeare production during the last 30 years.This is the first English-language book dedicated exclusively to Ninagawa's work. Featuring an overview of his extraordinary output, this study considers his Shakespearean work within the context of his overall career. Individual chapters cover Ninagawa's approach Shakespeare and Greek tragedy, in particular his landmark productions of Macbeth and Medea, and his eight separate productions of Hamlet. The volume includes a detailed analysis of the Sai-no-Kuni Shakespeare Series - in which Ninagawa set out to stage all of Shakespeare's plays in his hometown of Saitama, north of Tokyo. Written by Conor Hanratty, who studied with Ninagawa for over a year, it offers a unique and unprecedented glimpse into the work and approach of one of the world's great theatre directors.