Shakespeare and the Force of Modern Performance 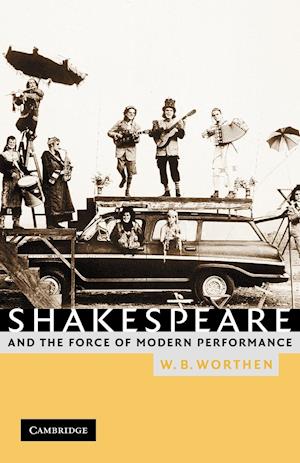 Shakespeare and the Force of Modern Performance asks a central theoretical question in the study of drama: what is the relationship between the dramatic text and the meanings of performance? Developing the notion of 'performativity' explored by J. L. Austin, Judith Butler, and others, Worthen argues that the text cannot govern the force of its performance. Instead the text becomes significant only as embodied in the changing conventions of its performance. Worthen explores this understanding of dramatic performativity by interrogating several contemporary sites of Shakespeare production. He analyses how Shakespeare is recreated in historical performance, exemplified by the Globe Theatre on Bankside; by international and intercultural performance; by film; and by the appearance of Shakespeare on the Internet. The book includes detailed discussions of recent film and stage productions, and sets Shakespeare performance alongside other works of contemporary drama and theatre.