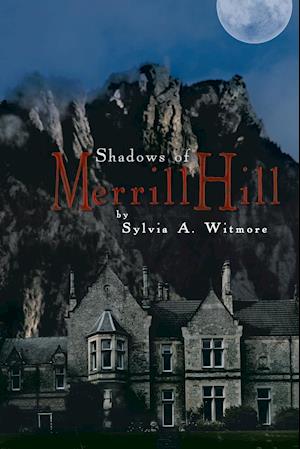 Toni Grayson's car stalls one dark, foggy night in the Blue Ridge Mountains between Hendersonville and Brevard, NC. She is forced to abandon her car then walk straight up a mountain ridge following the only light she can see through the pounding rain.

When she finally reaches the house, it is very large and imposing. Just as she rounds the paved driveway, a car roars down the hill even though Toni calls out for their help. When the door opens, a small child is standing there with tears streaking her cheeks; she is lonely and waiting for 'her new mommy'. Toni is instantly drawn to the precious, beguiling Cindy Merrill, then comes across one person in the house who has been pushed down the cellar steps. Toni covers her up but there is no phone service because of the storm; then she finds that an uncle has died in his bed up on the third floor. She is not about to leave the child unattended but later when she's discovered by the mansion's owner, sparks fly between them and Toni is instantly drawn into a world of mystery, intrigue and faces actual danger for the first time in her life. Authorhouse has also published eight other books by Sylvia: WHEELS OF DANGER, TREACHEROUS HEARTS, THE VOODOO DOLL, A STRANGE ENCOUNTER, ECHO OF FOOTSTEPS, MADNESS AT MIDNIGHT, WHITE IS FOR WEDDINGS and MADNESS AT MIDNIGHT REVENGE. She is also working on an inspirational novel: 2009 - A YEAR OF HEARTBREAK AND THE PROMISE OF RAINBOWS.