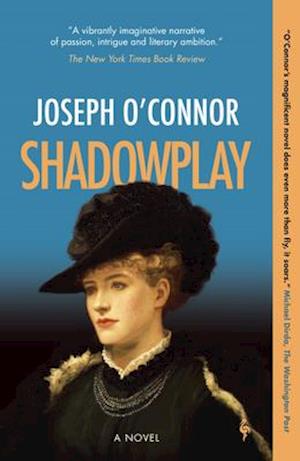 Set during the golden age of West End theater in a lamp-lit London shaken by the crimes of Jack the Ripper, Shadowplay is a gripping novel of love, celebrity, and ambition by New York Times best-selling author, Joseph O'Connor.

Henry Irving is Victorian London's most celebrated actor and theater impresario. As Irving's Lyceum theater grows in reputation, he first lures to his company a young Dublin clerk harboring literary ambitions by the name of Bram Stoker, and then entices the century's most beloved actress, the dazzlingly talented leading lady Ellen Terry, who nightly casts a spell not only on her audiences but on Stoker and Irving both.

Bram Stoker's extraordinary experiences at the Lyceum Theatre inspire him to write Dracula, the most iconic and best-selling supernatural tale ever published.