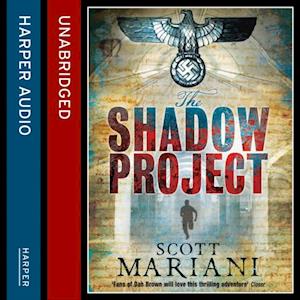 AN ADRENALINE-FUELLED THRILLER FROM THE #1 BESTSELLING AUTHOR'Deadly conspiracies, bone-crunching action and a tormented hero with a heart . . . packs a real punch' Andy McDermottOnly one man can foil a plot set to change the course of history...Ex-SAS soldier Ben Hope is enjoying life at Le Val, the facility in Northern France where he trains others in the dangerous art of hostage rescue, until a chance incident forces him to take on the role of bodyguard to the Swiss billionaire Maximilian Steiner.The victim of a recent abduction attempt, Steiner believes that a neo-Nazi terror group are bent on seizing a prized document from his personal collection - one that could support claims that the Holocaust never happened.But what initially seemed like a straightforward VIP protection job is turned upside-down by the appearance of a mystery woman from Ben's past. Could he be right about her, or is he losing his edge?On a quest across Europe, Ben finds himself embroiled in a deadly kidnap intrigue and a sinister project that has lain dormant since 1944. The stakes are global - and this time Ben is also fighting to protect the people closest to him...The Ben Hope series is a must-read for fans of Dan Brown, Lee Child and Mark Dawson. Join the millions of readers who get breathless with anticipation when the countdown to a new Ben Hope thriller begins...Whilst the Ben Hope thrillers can be read in any order, this is the fifth book in the series.