- A gripping thriller of dangerous race for survivial against a deadly bacteria... 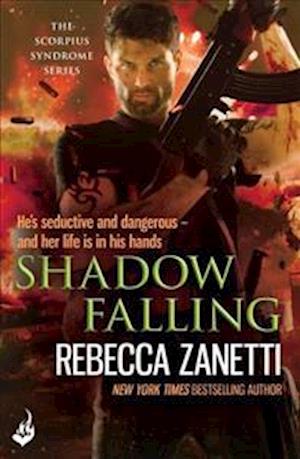 'This dark, post-apocalyptic tale is a testament to the power of hope and love against all odds' Romantic TimesIt's a dangerous race for survival in the aftermath of a deadly bacteria spreading across the globe. And danger has never looked quite so delicious...Before the Scorpius Syndrome tore through North America and nearly wiped out the population, Vivienne Kennedy was the FBI's best profiler. The bacteria got her anyway. But she survived. She recovered. And when she woke up from a drug-nightmare of captivity, her skills as a hunter of men had gone from merely brilliant to full-on uncanny. Her mysterious rescuer wants her to put them to the test. But no matter how tempting he is, with his angel's eyes and devil's tongue, Vinnie knows she shouldn't trust him.'Thrilling post-apocalyptic romance at its dark, sizzling best!' Lara AdrianFor more thrilling passion played out against the dangerous race for survival, look for all the titles in The Scorpius Syndrome series:Mercury StrikingShadow FallingJustice AscendingStorm GatheringWinter IgnitingKnight Awakening