- The Mood, the Look, the Sound, the Legacy of the Beatles' Great Masterpiece 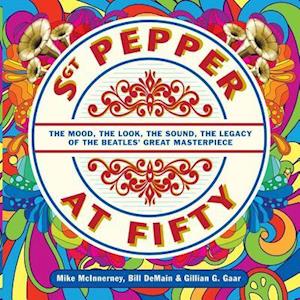 Widely regarded as one of the greatest albums of all time, Sgt. Pepper's Lonely Hearts Club Band celebrates its 50th anniversary in June 2017. Even after half a century, the Beatles' groundbreaking work thrillingly evokes the sights, sounds, and mood of the sixties at their most joyously psychedelic and creative. Featuring contributions from leading authorities on the Beatles' music, Sgt. Pepper at Fifty provides an in-depth critique of the album, by looking at the unique cultural circumstances that led to its creation; examining the rich assemblage of influences that informed its sound; exploring the landmark cover art, which continues to inspire debate and intrigue; and assessing the record's enduring legacy as the pinnacle of British pop.

In addition to 225 photos and other images, the book includes memorabilia.