Sexuality of Christ in Renaissance Art and in Modern Oblivion 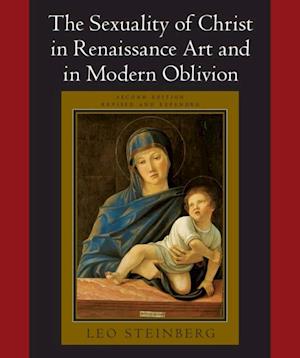 Originally published in 1983, Leo Steinberg's classic work has changed the viewing habits of a generation. After centuries of repression and censorship, the sexual component in thousands of revered icons of Christ is restored to visibility. Steinberg's evidence resides in the imagery of the overtly sexed Christ, in Infancy and again after death. Steinberg argues that the artists regarded the deliberate exposure of Christ's genitalia as an affirmation of kinship with the human condition. Christ's lifelong virginity, understood as potency under check, and the first offer of blood in the circumcision, both required acknowledgment of the genital organ. More than exercises in realism, these unabashed images underscore the crucial theological import of the Incarnation. This revised and greatly expanded edition not only adduces new visual evidence, but deepens the theological argument and engages the controversy aroused by the book's first publication.