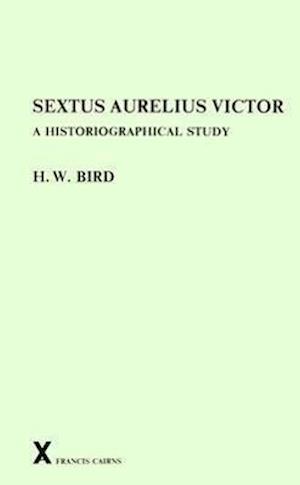 Sextus Aurelius Victor was an imperial bureaucrat whose life spanned most of the fourth century AD. Harry Bird describes how Victor, a man of humble African origin, acquired by virtue of his education and personal qualities a consular governorship in Pannonia and the urban prefecture at Rome. Victor's short historical monograph, the De Caesaribus , reveals his attitudes towards education, culture, history and politics - attitudes which probably reflect those of a considerable segment of fourth-century society. We can therefore glimpse how the emperors, the senate, the army and the bureaucracy were perceived, how the changing role of Rome was regarded by many in the West, what was thought of certain provinces and their inhabitants and what was considered to be the raison d'etre of the writing of history. All these, together with other minor topics, are explored in Harry Bird's thorough investigation into Victor's life and work. This book will interest students of late Latin literature and thought and those involved in late imperial and early medieval history. It should also appeal to scholars engaged in the study of the Historia Augusta, whether they agree with its findings or not.