- The Transformation of Collective Life 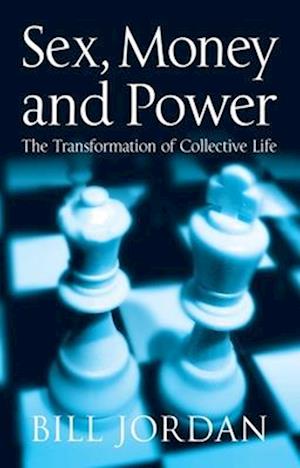 Intimacy, choice, movement -- these are the elements which make up the desirable lifestyle in the mainstream of affluent societies. They also undermine traditional forms of power and control. And they create a web of connections between individuals all over the world, which promises to be more flexible and less restrictive than any which have existed before. Bill Jordan sets out to explain the particular attractions of this vision of freedom, equality and harmony. He traces its appeal to a formula for human institutions which emerged with the birth of the social sciences. Sex, money and political authority glued together these changing accounts of the collective world. We are still seduced by the idea that personal autonomy and the moral sovereignty of individuals can make up a well--functioning social order. But, he argues, our present global institutions shut out the majority of the worlda s population, who are left to rely on quite different bonds, of blood, soil and faith. This book will be essential reading for students and scholars of sociology and social policy, as well as of the humanities in general.It will also be compelling reading for anyone who is interested in human relationships and modern society.