Sex in the Title

- A Comedy about Dating, Sex, and Romance in NYC When Phones Weren't so Smart 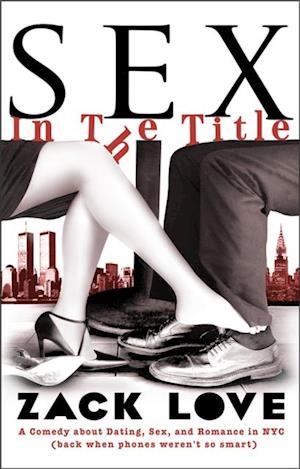 New York City, May 2000. The Internet bubble has burst, and Evan's boss fires him with an email. The next day, his girlfriend dumps him, also via email. Afraid to check any more emails, Evan desperately seeks a rebound romance but the catastrophes that ensue go from bad to hilariously worse. Fortunately, Evan meets Sammy -- someone whose legendary disasters with females eclipse even his own. To reverse their fortunes, they recruit their friends into a group of five guys who take on Manhattan in pursuit of dates, sex, and adventure. Sammy is the shortest, chubbiest, and baldest of the group. But the quirky math geek, who works as an actuary, is also the funniest and smartest of the gang. Sammy's college roommate, Carlos, has the Latin look of a telenovela star and easily charms with his silver tongue. Yi Wang, Evan's college roommate, is a good-looking, Chinese-American, who is fluent in Cantonese and ghetto talk, and talented at basketball but reluctantly on a corporate law path for his parents. Trevor is a debonair, Afro-British man who became Narc's best friend and basketball partner in law School. Originally from Ghana but educated at Oxford, Trevor charms anyone who hears him talk - if they can turn their attention away from his six-foot-seven height. When Evan, a computer programmer and closet writer, falls desperately in love with a Hollywood starlet, he schemes to meet her by writing a novel that will sweep her off her feet. Sammy knows nothing about publishing but is confident of one thing: Evan's book should have the word 'sex' in the title. With musings about life, relationships, and human psychology, this quintessential New York story about the search for happiness follows five men on their comical paths to trouble, self-discovery, and love.