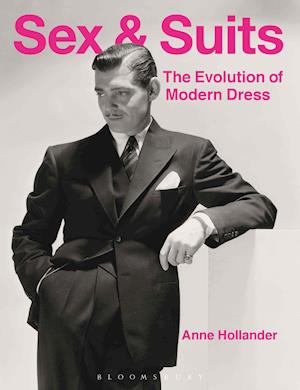 Since the dawn of western fashion in the Middle Ages, women's dress has never stopped evolving, yet menswear has seen far fewer style revolutions. At the centre of the male wardrobe is the suit: relatively unchanged since the 17th century, its cut and cloth suggest athleticism, seriousness, sexuality and strength - qualities which contrasted with the perceived superficiality and frivolity of female dress, and eventually led to the adoption of the suit into the female wardrobe where it remains to this day.In Sex and Suits brilliant essayist and art critic Anne Hollander charts the development of men's and women's fashion from their divergence in the medieval period to their convergence through to the late 20th century. Challenging the idea that the suit's success is merely down to its practicality, this trailblazing book argues that men have been fashion's true style-setters and that as women's fashion has taken on elements of men's style through tailoring, so men have reclaimed the embellishment and colour of past eras.First published in 1994 to great acclaim, this classic text is as fresh and provocative as ever and remains a must-read for students, scholars and anyone fascinated by the history of fashion and gender.