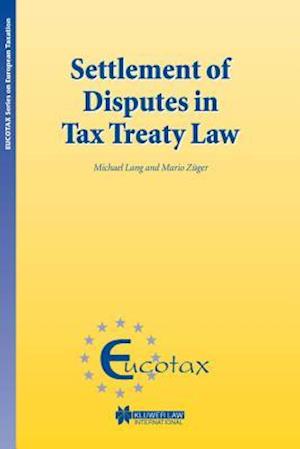 In a world of tight legal and economic networks, tax disputes are on the increase. Until recently, mutual agreement procedures have virtually been the only means of settling such tax disputes amicably. In practice, mutual agreement procedures have not always proved satisfactory. The Convention on the elimination of double taxation in connection with the adjustment of profits of associated enterprises, can serve as an alternative dispute settlement vehicle. However, only transfer pricing disputes fall within the applicability of this EU Convention and its geographic scope is restricted to EU territory. As part of their present treaty policy, some countries have therefore added arbitration clauses to newly negotiated tax treaties. These arbitration clauses extend the competence of an arbitration board not only to transfer pricing disputes but to the entire scope of a tax treaty, thereby avoiding most of the disadvantages of a simple mutual agreement procedure. In addition, related legal areas such as the arbitration provisions of the WTO, NAFTA, ICSID or social security systems may provide interesting inputs for future developments in the settlement of tax treaty disputes. Presented as 18 National Reports from leading international authorities, coverage includes not only to the EU, but also Norway, the Czech Republic, Hungary and Latvia. Settlement of Disputes in Tax Treaty Law builds on the work published in Tax Treaty Interpretation (Lang, 2001). The volume distills the findings of a research conference sponsored by the European Commission, and held in Austria in September 2001. At a time of increasing convergence of global financial systems, tax considerations are more vital than ever. Comprehensive in its coverage, and authoritative in its approach, the volume is a valuable addition to the literature. It is an important reference for taxation practitioners, policy makers and academics.