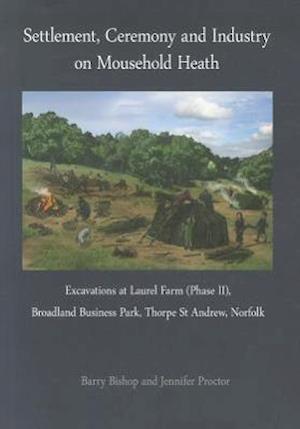 This publication presents the results of archaeological investigations by Pre-Construct Archaeology at Laurel Farm to the south-east of Norfolk. An extraordinarily long and complex history of occupation and exploitation was revealed, dating back to the Lower Palaeolithic. The site was also visited in the Upper Palaeolithic by hunter-gatherer communities who used the shelter provided by the roots of an upturned tree to knap flint into blades and tools. Tree-throw hollows continued to be significant features in the landscape and, in the Early Neolithic, a remarkable deposit of pottery and flint was placed into a pair of adjacent hollows .Around 4,500 years ago, use of the area changed with the construction of a substantial ring-ditch, probably the remains of a ploughed-out round barrow. From the late Anglo-Saxon into the early Medieval period the area was used for the early stages of iron extraction and production - processes which have rarely been identified archaeologically. There is evidence that ore was quarried, washed and roasted to remove impurities.Mousehold Heath continued to be visited for its natural resources, with gravel quarries and brick kilns exploiting the natural clays, until pressures on agricultural production towards the end of the eighteenth century resulted in the enclosure of the landscape.