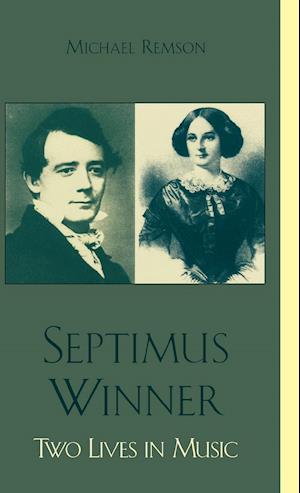 Most Americans are familiar with such classic folk tunes as "Ten Little Indians", "Oh Where, Oh Where, Has My Little Dog Gone?" and "Listen to the Mockingbird." But the composer behind these childhood favorites has been all but forgotten. Septimus Winner: Two Lives in Musicchronicles the life and achievements of one man's extraordinarily unusual career in music. Though Septimus Winner was considered one of the forefathers of nineteenth-century American popular song, he published his most popular and enduring works under the female pseudonym of Alice Hawthorne. The author sheds some much needed light on one of the most interesting anomalies in American musical history-Septimus Winner a.k.a. Alice Hawthorne. While Winner was certainly not the first male artist to publish under a woman's name, his case is distinct in that he created an entire persona for Alice Hawthorne and consistently used the pseudonym for well over three decades. "The Hawthorne Ballads", as they were generally known in the nineteenth century, were among the most successful songs of their day, rivaling Foster in popularity. Why would Winner make such a choice at a time when women were either struggling against the social conventions of the time or were disguising their own identities with male pseudonyms? Remson addresses this question and numerous others, shedding light on one of the most interesting anomalies in American musical history. The book is supplemented by alphabetical and pseudonymous listings of Winner's songs and arrangements of his music, as well as annotations for books, articles, and poetry written by Winner.