Sennacherib and the War of 1812 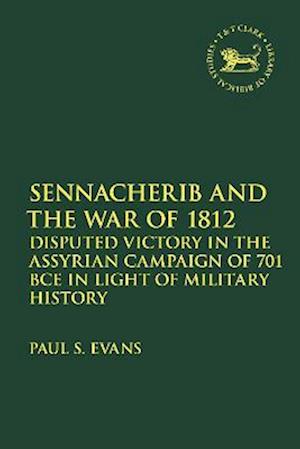 This volume investigates the question of how both Assyria and Judah could remember the war of 701 BCE as their respective victory. Whilst surveying available evidences for historical reconstructions, Paul S. Evans compares the Sennacherib's Third Campaign with the War of 1812 between Canada and the USA as an example of disputed victory from military history. Evans examines Assyrian and biblical texts to evaluate the conflict and argues that rather than being intentionally deceptive in their accounts of the events, both sides had reasons to perceive the war as a victory. This examination of military narratives also illustrates how the fluctuating support for wartime leaders in 1812 is analogous to positive and negative oracles regarding Jerusalem's leadership during the war years. With differing opinions regarding the success of the Sennacherib's Third Campaign, this book presents an interesting discussion of the events and demonstrates how our understanding of the war between Assyria and Judah can be illuminated by military history.