- Edited with Introduction, Translation, and Commentary 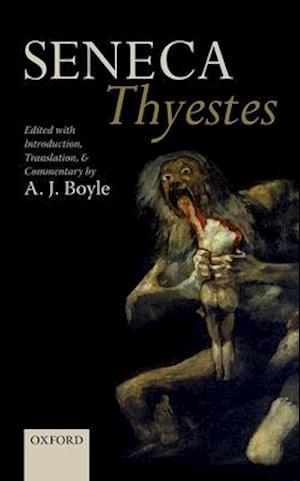 This dictionary is part of the Oxford Reference Collection: using sustainable print-on-demand technology to make the acclaimed backlist of the Oxford Reference programme perennially available in hardback format. The original words announcing great scientific discoveries, from the first 'Eureka!' to the cloning of Dolly the sheep, can all be found in this fascinating addition to the world-famous 'Oxford Quotations' range. An essential reference tool, put together over15 years with the assistance of a distinguished team of specialist advisers, it includes full author descriptions, exact sources, and a word-finding index for easy reference. Scholarly but accessible, it also presents the human face of science, as scientists reflect on achievements and failures intheir own lives and those of others. Darwin not only describes natural selection, but carefully assesses the pros and cons of marriage, while James Clerk Maxwell constructs an electric but poetic Valentine as well as his 'demon'. From ArchimedAlthough the myth of Atreus' gruesome vengeance on his brother, Thyestes, was embedded in Greek and Roman culture long before his time, Seneca's play is the only literary or dramatic account to have survived intact. Written probably in late Neronian Rome, Thyestes is now widely regarded as one of the tragedian's finest achievements and represents Seneca's most mature reflections on power and civilization, and on the tragic theatre itself. The play's impacton European literature and drama from antiquity to the present has been considerable; now much studied in universities and colleges, and regularly adapted and performed, it still contains much that speaks pointedly to our times: its focus on appetite, lust, violence, and horror; its preoccupation withrhetoric, morality, and power; its concern with the problematics of kinship, and with political, social, and religious institutions and their fragility and impotence; its dramatization of reason's failure, the triumph and cyclicity of evil, the determinism of history, the mastery of the world through mastery of the word; its theatricalized and godless universe. This new edition of Seneca's Thyestes offers a comprehensive introduction, newly edited Latin text, an English verse translation designed for both performance and high-level academic study, and a detailed exegetic, analytic, and interpretative commentary on the play. The aim throughout has been to elucidate the text dramatically as well as philologically, and to locate the play firmly in its contemporary historical and theatrical context and in the ensuing literary and dramatictradition. As such, the reception of the play by European dramatists is given especial emphasis in the introduction and throughout the commentary; this and the accessible notes on the text make this edition of particular use not only to scholars and students of classics, but also of literature and drama, and toanyone interested in the cultural dynamics of literary reception and in the interplay between theatre and history.

Forfattere
Bibliotekernes beskrivelse The great ideas of science, from the first 'Eureka!' to the cloning of Dolly the sheep, can all be found in this fascinating collection. An essential reference tool, it also presents the human face of science, as scientists talk about achievements and failures in their own lives, and in those of others.Seneca's Thyestes is the only literary or dramatic account of the Greek myth of Thyestes and his brother Atreus to have survived since antiquity. This new edition comprises an extensive introducti