Send Up the Clowns 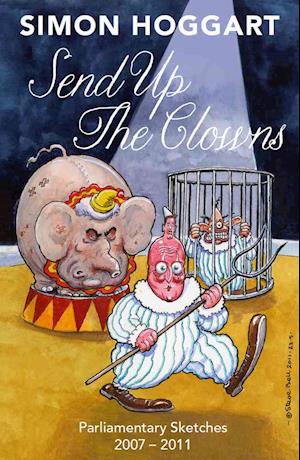 Simon Hoggart is known as the wittiest of all the parliamentary sketchwriters. For thousands of "Guardian" readers - and hundreds of politicians - his column is the first thing they turn to in the morning. This wickedly funny new collection takes us from the departure of Tony Blair to the arrival of the grumpiest prime minister in recent history, through the expenses scandal - with its duck houses, moat cleaning and porn films - to the last election and the arrival of a new premiere, David Cameron, the man who hates the condom on his head. Read how Vince Cable brought Gordon Brown down several pegs, how Brown claimed to have saved the world, about the chancellor so boring that he sent Geoffrey Howe to sleep, and about Sir Peter Tapsell, a grandee so grand that Hansard embroiders his work as tapestries. Learn what the Big Society really means, why Nick Clegg looks so miserable, and how David Cameron stops people kicking sand in his face. Forget academic studies - this is all you need to know about the politics of present-day Britain.