- From Quantum Physics to Smart Devices 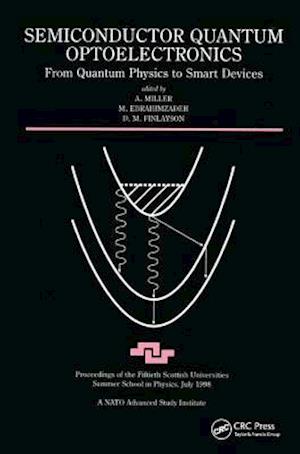 The development and application of low-dimensional semiconductors have been rapid and spectacular during the past decade. Ever improving epitaxial growth and device fabrication techniques have allowed access to some remarkable new physics in quantum confined structures while a plethora of new devices has emerged. The field of optoelectronics in particular has benefited from these advances both in terms of improved performance and the invention of fundamentally new types of device, at a time when the use of optics and lasers in telecommunications, broadcasting, the Internet, signal processing, and computing has been rapidly expanding. An appreciation of the physics of quantum and dynamic electronic processes in confined structures is key to the understanding of many of the latest devices and their continued development.Semiconductor Quantum Optoelectronics covers new physics and the latest device developments in low-dimensional semiconductors. It allows those who already have some familiarity with semiconductor physics and devices to broaden and expand their knowledge into new and expanding topics in low-dimensional semiconductors. The book provides pedagogical coverage of selected areas of new and pertinent physics of low-dimensional structures and presents some optoelectronic devices presently under development. Coverage includes material and band structure issues and the physics of ultrafast, nonlinear, coherent, intersubband, and intracavity phenomena. The book emphasizes various devices, including quantum wells, visible, quantum cascade, and mode-locked lasers; microcavity LEDs and VCSELs; and detectors and logic elements. An underlying theme is high-speed phenomena and devices for increased system bandwidths.