Selling Science in the Age of Newton

- Advertising and the Commoditization of Knowledge 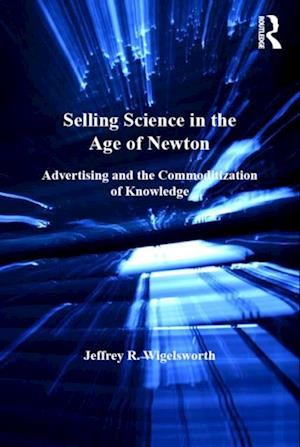 Selling Science in the Age of Newton explores an often ignored avenue in the popularization of science. It is an investigation of how advertisements in London newspapers (from approximately 1687 to 1727) enticed consumers to purchase products relating to science: books, lecture series, and instruments. London's readers were among the first in Europe to be exposed to regular newspapers and the advertisements contained in them. This occurred just as science began to captivate the nation's imagination due, in part, to Isaac Newton's rising popularity following the publication of his Principia (1687). This unique moment allows us to see how advertising helped shape the initial public reception of science. This book fills a substantial gap in our understanding of science and the culture in which it developed by examining the medium of advertising and its function in the discourse of both early-modern science and commerce. It answers questions such as: what happens to science once it is a commodity; how are consumers tempted to purchase science amidst a sea of other commodities; how is the reading public encouraged to give social acceptance to facts of nature; and how did marketing campaigns craft newspapers readers into a source of validation for the items of science advertised? In an age where the production of scientific knowledge increasingly relied upon sales to many rather than the endorsement of a single wealthy patron, marketing was the key to success.