- Propaganda and the Nazi Brand 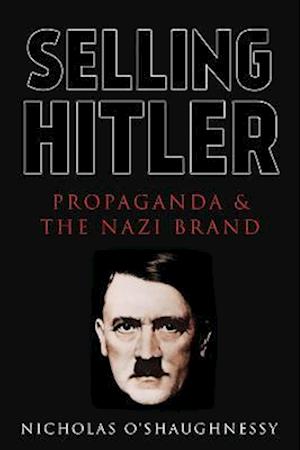 Hitler was one of the few politicians who understood that persuasion was everything, deployed to anchor an entire regime in the confections of imagery, rhetoric and dramaturgy. The Nazis pursued propaganda not just as a tool, an instrument of government, but also as the totality, the raison d'etre, the medium through which power itself was exercised. Moreover, Nicholas O'Shaughnessy argues, Hitler, not Goebbels, was the prime mover in the propaganda regime of the Third Reich - its editor and first author. Under the Reich everything was a propaganda medium, a building-block of public consciousness, from typography to communiques, to architecture, to weapons design. There were groups to initiate rumours and groups to spread graffiti. Everything could be interrogated for its propaganda potential, every surface inscribed with polemical meaning, whether an enemy city's name, an historical epic or the poster on a neighbourhood wall. But Hitler was in no sense an innovator - his ideas were always second- hand.Rather his expertise was as a packager, fashioning from the accumulated mass of icons and ideas, the historic debris, the labyrinths and byways of the German mind, a modern and brilliant political show articulated through deftly managed symbols and rituals. The Reich would have been unthinkable without propaganda - it would not have been the Reich.

Forfattere
Bibliotekernes beskrivelse A radical reappraisal of how Hitler and the Nazis conceived of themselves from the outset as a propagandistic state, rather than propaganda being merely an accessory to power.