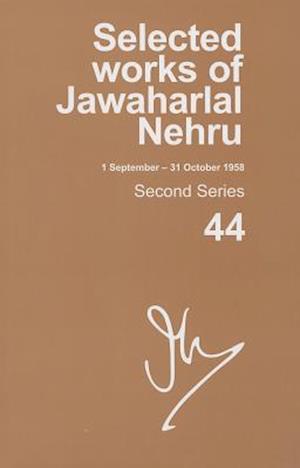 Part of the Selected Works of Jawaharlal Nehru series, this volume contains letters and documents written by Nehru during 1 September-31 October 1958. The Selected Works of Jawaharlal Nehru is the most important and authoritative source on Nehru's life, work and thought. The documents included in each volume of the Selected Works are indispensable to the scholar; fascinating to the layperson, and a primer in politics, democracy, and world affairs. The first series of the Selected Works took the collection up to 1 September 1946 in fifteen volumes. The second series starts with 2 September 1946 when Nehru assumed office in the InterimGovernment. Volume 44 of the second series deals with the events of September and October 1958. The extensive annotation to the documents makes them especially user-friendly.