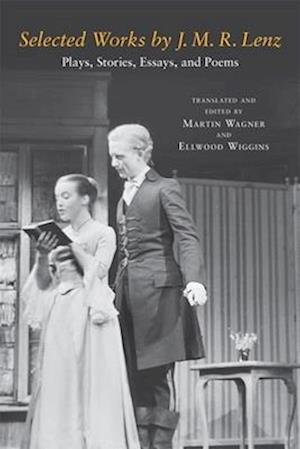 Jakob Michael Reinhold Lenz (1751-1792) is, after Goethe, the most important writer of the German Sturm und Drang. Crucial in the reinvention of German literature through the reception of Shakespeare, his works contain a scathing critique of the ethical, political, and sexual regimes then prevailing in German and Eastern European territories. Both aesthetically and politically, Lenz strongly influenced later German writers - most notably Georg Buchner and Bertolt Brecht. In Germany, Lenz is still widely read and performed. Given his importance and lasting reception, it is surprising that many of his texts are not available in English. While his best-known dramas have been translated, many of his essays have not, and none of his stories or poems have been. This is especially astonishing given the growth of English-language Lenz scholarship over recent decades. This volume contains new - and, in many cases, first - English translations of Lenz's most important plays, stories, essays, and poems. It is the first representative English collection of Lenz's works. Providing reliable translations of Lenz's key writings and succinct glosses of historical and literary references, this book is a valuable resource for classroom use and for anyone interested in German literature, the European Enlightenment, or the theory and practice of theater. Martin Wagner is Assistant Professor of German at the University of Calgary. Ellwood Wiggins is Assistant Professor of German at the University of Washington.

Forfattere
Bibliotekernes beskrivelse First representative English collection of the Sturm und Drang writer Lenz, suited for the classroom and anyone interested in German literature, the European Enlightenment, or the theory and practice of theater.